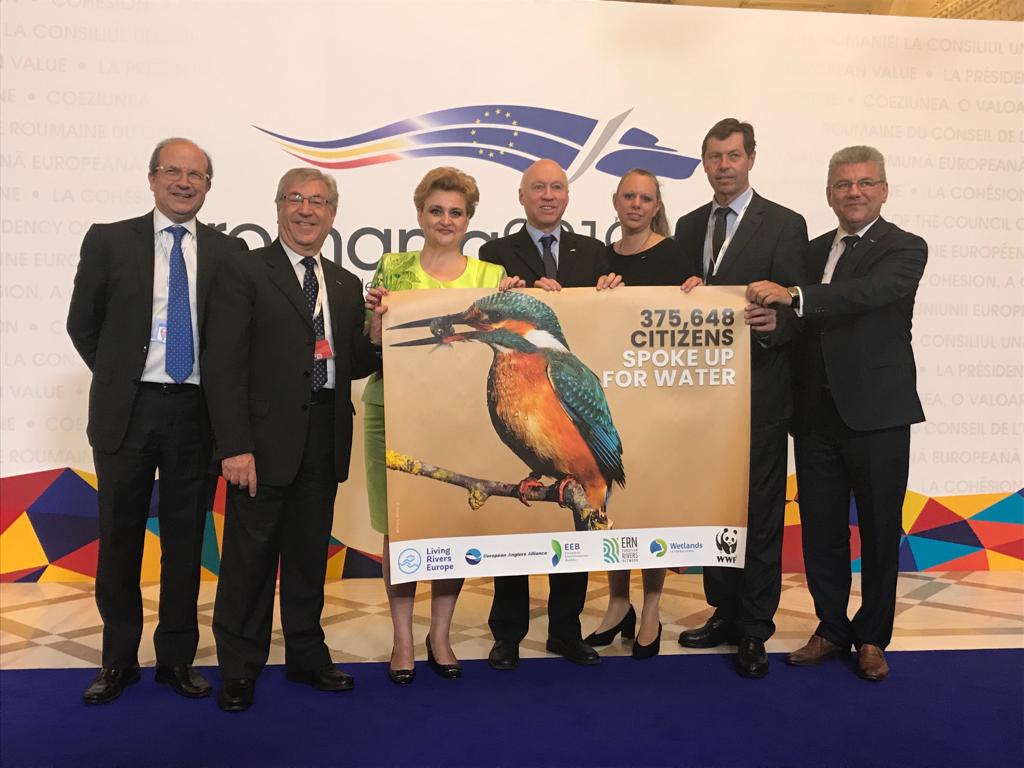 Has Germany opened the floodgates of support for EU water law?

The German government has gone against the position of industry lobbyists trying to weaken legal protections for European rivers and wetlands by being the first EU country to confirm it will not back changing the bloc’s water legislation. Other countries, such as Spain and Malta, support improving how the law is applied without changing it.

The ‘Water Framework Directive’ is currently being reviewed by the European Commission. Initially, many EU governments signalled that they were keen to weaken the water law. The directive was designed to protect rivers, lakes, and wetlands across Europe and is viewed globally as a groundbreaking piece of environmental law.

Last week, it emerged that lobbyists representing the interests of the agriculture, hydropower and extractive industries have undue influence on governments’ positions on changing the EU’s water law.

But this week’s statements from environment ministers meeting in Romania would suggest that EU countries’ positions have changed.

Germany confirms it doesn't want to change the EU's water protection law 🙌 Good news that reflects the wishes of 375,000 people from across Europe who stood up to stop our water law being watered down to please industry. Now, will other countries stand up to #ProtectWater? https://t.co/Chw7lESNjE

Earlier this year, 375,000 people from across Europe took part in the public consultation as part of the Living Rivers campaign to defend the EU’s water law. This week, Jeremy Wates, Secretary General of the European Environmental Bureau (EEB), travelled to Romania to hand over the signatures to Environment Commissioner Karmenu Vella and national environment ministers.

thanks to each of you who replied to the consultation on the #WFDhttps://t.co/yllWpMZtqg

The fact that 375,000 people responded to the Commission’s consultation on the Water Framework Directive was a “clear sign of the importance and the visibility of this issue,” Vella said.

Ministers also discussed how to better involve different interest groups in discussions on climate change and the stark warning issued earlier this month by the Intergovernmental Platform on Biodiversity and Ecosystem Services (IPBES) that the world is facing an environmental emergency, with up to one million species set to disappear within a few decades.

“Most environment ministers made encouraging statements this week about the urgency of the nature and climate emergency, but words are simply not enough. We need this enthusiasm to be translated into real political action to change how our societies work to build a future where nature and people thrive together.”