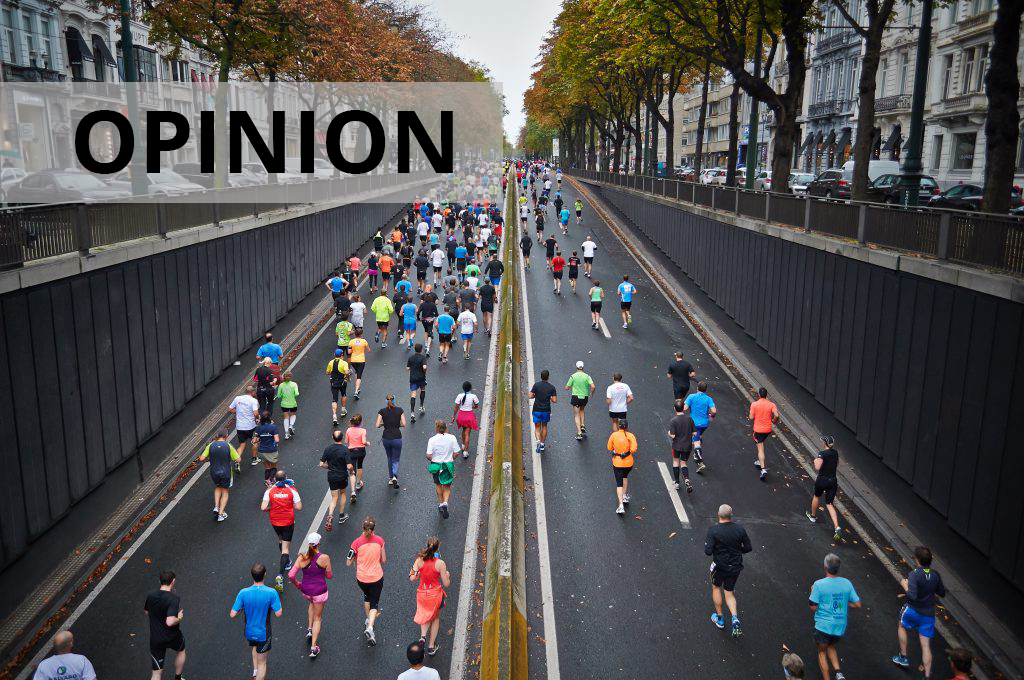 Protect ‘Our European Way of Life’? No thanks, we want something better

New EU president Ursula von der Leyen has been accused of adopting ‘fascist rhetoric’ in creating a position of ‘Vice President for Protecting our European Way of Life’.

Anton Lazarus argues that whatever von der Leyen’s intention, she’s missed the point: we must improve, not ‘protect’, the way we live.

There’s much to be welcomed about the structure of Ursula von der Leyen’s new European Commission and the promised European Green Deal. But the clumsy – even potentially offensive – choice of title for Europe’s new Migration and Social Rights Commissioner is a major mistake.

Anyone that seriously understands the urgency of dealing with climate breakdown and biodiversity loss knows that nothing less than significant changes will be necessary over the coming years.

We cannot afford to pretend we can continue business as usual. But we can choose to explore the benefits of improving the way we live now.

This is the power of the Green Deal – climate and environmental action is no longer seen as a painful necessity or worthwhile sacrifice but rather as an opportunity to create safe jobs, clean up our environment and secure our future.

It’s also the problem with the idea of ‘Protecting Our European Way of Life’.

By co-opting language used by the far right, von der Leyen is playing a dangerous game with identity politics that sends mixed messages about what she personally, and the EU in general, really stand for.

At best, Margaritis Schinas’s new title contradicts the positive narrative that the Green Deal represents to a European public that has demanded, and now expects, a greener future.

At worst, it could be seen to further empower an extremist politics that is fundamentally anti-European.

The fact is, our current ‘European Way of Life’ is not just bad for our health and wellbeing, it’s also destroying our natural world and melting the planet.

So with this in mind, here are five ways we should be changing our European Way of Life for good.

Our European Way of Life is incredibly wasteful.

The average smart phone is replaced after less than three years – decades short of the lifetime needed to breakeven on its climate impact. When our products break, we just throw them away.

Even in Germany, which is top of the class for recycling, 44% of waste is burnt or buried instead of being recycled. We need to make resources count by moving to a circular economy where waste is prevented and products are all reused or recycled.

Europeans could learn much from people in other parts of the world. The Right to Repair movement started in the United States, while repair is way of life in most poor countries. And an Australian academic has made the case that there would be higher employment in a economy that fixes, rather than disposes of products.

Europe has made its first baby steps towards a circular economy and more repairable products, but a complete change in the way we live is needed to reap the full benefits.

Our European Way of Life suffers from bad food.

We eat too much meat, food doesn’t taste as good as it used to and intensive agriculture is destroying our natural world.

The average European consumes more than 80 kg of meat per year – almost double the global average.

Not only is eating too much meat linked to everything from heart disease and cancer to erectile dysfunction, it’s also incredibly inefficient, with 70% of European land used to grow food for animals instead of people.

Our current food system depends on intensive farming methods that bathe our fields in pesticides and chemical fertilisers, killing bees and ruining healthy soil. Emissions from cattle are a huge sources of greenhouse gases and harmful air pollution.

Changing our European way of life so we eat less meat will make us and our planet healthier.

Perhaps we could learn from the South Asian Way of Life, where the average diet is largely plant-based and the resulting CO2 emissions are much lower.

Our European Way of Life means working too much.

We are forced into unhealthy and unappealing choices. We save time cooking by picking up carbon-intensive, plastic-wrapped processed food and fly off on holiday to save a few hours on the train.

If we worked less, we could lead more sustainable and better lives. We could dedicate time to civic duties and build stronger communities, we could see more of our friends and family and take time to care for young and old people.

We could also wipe out some of the major inequalities that still exist in Europe today.

Longer holidays would give us more time for slow travel – swapping the stress of airports and mass-tourism for more relaxing trips where we actually enjoy the journey.

Build better cities and get active

Our European way of Life involves wasting time in our cars.

The average European spends more than 24 hours every year sitting in traffic. If you live in the UK, Belgium, Italy, Luxembourg or Greece, you’ll probably spend more of your life sitting in traffic than having sex.

Meanwhile, 98% of Europeans are exposed to harmful air pollution, with enormous health consequences, especially for the most vulnerable in society – children and the elderly. Despite improvements in road safety, busy streets are still a massive danger to our children.

While some Europeans – in cities like Copenhagen where there are 5.2 bikes for every car – can already boast a cycle-friendly way of life, this is the exception to the rule. Statistics show it tends to be young people and the elderly that walk and cycle most, so the average middle-aged European still needs to change their way of life.

Walking and cycling are not just clean and carbon neutral, they’re also good exercise. So by changing our European way of life, we’ll also be fitter and probably live longer lives in better health.

Our European Way of Life includes a mental health crisis.

Nine out of the 10 countries with the highest rates of suicide in the world are in the European region and one in five adolescents in Europe is affected by at least one psychological problem in any given year, according to campaign group Mental Health Europe.

But studies have shown that time spent in nature – even just a walk in a city park – has proven benefits for our mental health.

We need to forget our current approach and replacing our grey European cities with green ones. We should stop our ‘European way’ of bad forest management and exporting deforestation and, instead, defend and encourage nature everywhere.

While European countries and the EU cling to the broken yardstick of GDP to measure success, New Zealand has introduced a wellbeing budget to judge how the country is doing in dealing with issues like child poverty, domestic violence and mental health.

Luckily the answer is pretty straight forward. Von der Leyen should admit the mistake now before the business cards are sent to the printers.

To remove the contradiction with Frans Timmerman’s task of delivering a European Green Deal, Margaritis Schinas will need a new title.

My suggestion: Vice President for Improving Our Way of Life.

Our newsletter provides a weekly dose of environmental news and views from the heart of Europe.