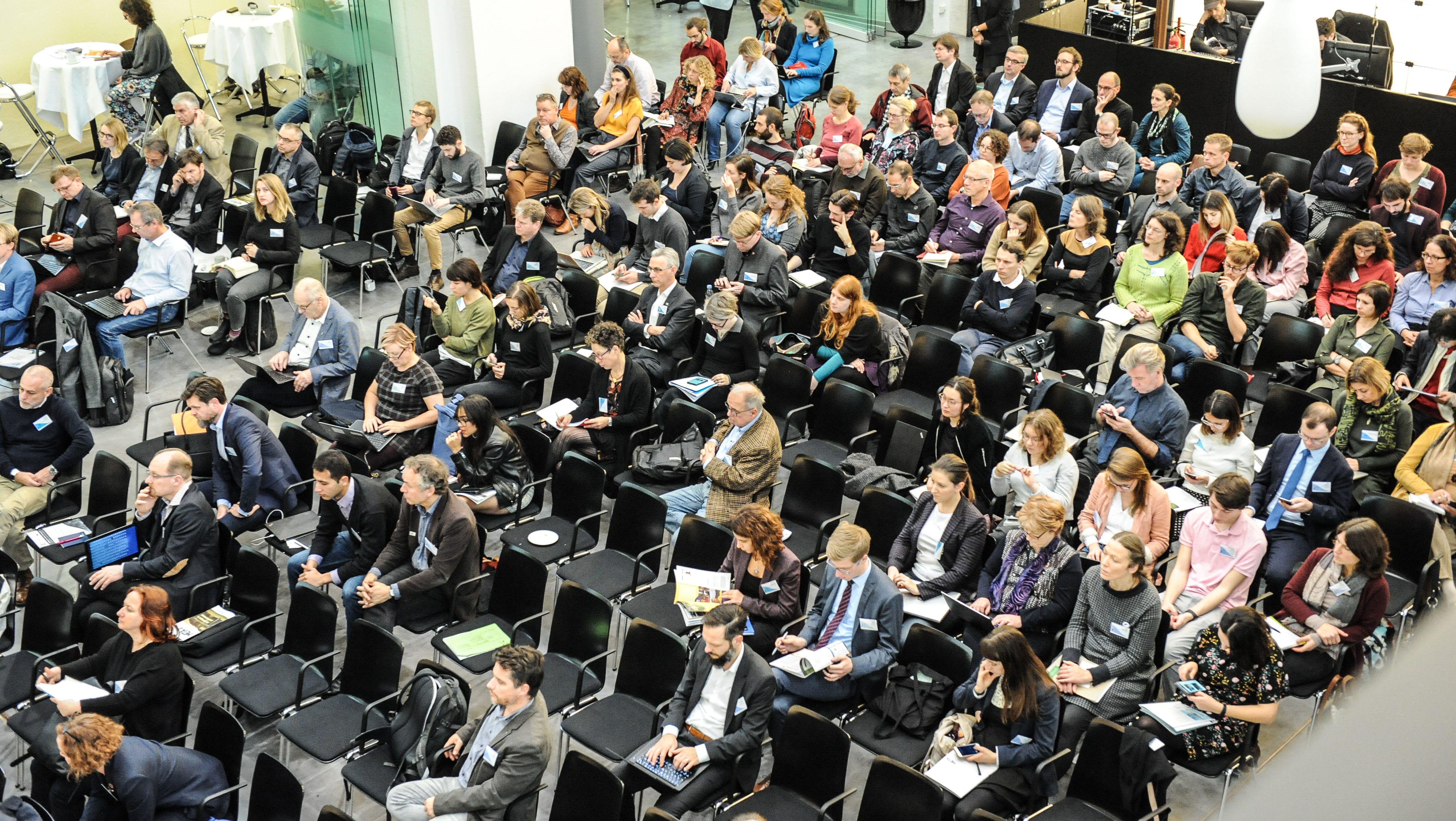 On the 30th anniversary of the fall of the Berlin wall, leading environmentalists and policymakers gathered in the German capital to discuss the new winds of change blowing across Europe and how to navigate the EU towards a green future.

The Church of the Resurrection (Auferstehungskirche) in East Berlin was an underground hotspot for the opposition to the East German police state until the breaching of the Berlin wall in 1989, where people dared to dream of a better, freer future.

Thirty years after the Iron Curtain came down, environmentalists and policymakers gathered in the former church to discuss a different wind of change that is ruffling the curtains of the current order, as Europeans wake up to the scale of the climate and environmental crisis facing humanity and demand urgent action.

“Big changes are coming, to politics, to the environment and to the whole of society,” said EEB President Jouni Nissinen at the kick off of the EEB’s annual conference which had as its theme ‘Sailing the Winds of Change for Europe’s Environment‘.

The one-day event brought together leading politicians, policymakers, civil servants and civil society actors, including youth activists, to discuss ways of translating the mandate for change demanded by EU citizens into sustainable policies that safeguard prosperity and protect the environment.

“There is a key role for governments as first movers or frontrunners,” explained Terhi Lehtonen, whose country, Finland, is currently at the helm of the EU presidency, until the end of 2019. “We will need more Europe, not less, with all the challenges that entails.”

“We want to use the energy [of the moment] and create fresh momentum for environmental protection,” said Svenja Schulze, who attended both the annual conference on 18 November 2019 and the EEB’s annual general meeting the following day, taking the time to circulate and talk to participants. “We want to demonstrate Europe’s capability to act on climate. It will pay off for all Europeans. Environmental policy is a key element of Europe’s brand.”

The German environment minister summed up her analysis of the current situation and outlined her vision for the priorities and activities of the forthcoming German presidency of the EU, which starts in the second half of 2020, following the Croatian presidency in the first half of 2020.

“We want to advance climate action, biodiversity protection and other environmental topics. We want to adopt an ambitious new Environment Action Programme,” she said, referring also to prioritising the circular economy and the right to repair. “There is another wind of change we want to utilise for the environment: digital technologies.”

Digital technologies, the minister explained, had a large environmental impact but also immense potential to help protect and safeguard the environment. “Unregulated, digitilisation will be a stresser. Framed in the right way, it can be a great opportunity,” echoed Karsten Sach, director-general of international and European policy, at the German environment ministry during a panel discussion.

No cap on ambitions

In addition to an effective new Environment Action Programme that is fit for purpose, Svenja Schulze and other speakers welcomed new Commission President Ursula von der Leyen’s pledge to launch a European Green Deal. Participants also emphasised the urgent need to harness all the EU’s financial instruments to serve the environment and, more broadly, sustainability and the Sustainable Development Goals (SDGs).

Among the instruments that were the subject of considerable debate was the Common Agricultural Policy (CAP), which accounts for almost two-fifths of the EU’s total budget.

In a joint report titled ‘Last chance CAP’, the EEB, WWF, Greenpeace and Birdlife International urged the European Union and its member states to stop using the Common Agricultural Policy to finance intensive industrial farming and to invest public money in farming subsidies that protect nature, the environment and the climate.

“This is the last chance for the CAP to steer the EU farming model away from the current industrial model,” the four organisations stressed, noting the European farming practices supported by the CAP were not only polluting the environment and contributing to climate change but were also threatening birdlife and decimating insect populations.

This raises an important issue which was touched upon at the conference: it is not just enough to focus on climate but we need a holistic approach which embraces environmental issues in their entirety, from mass plastic pollution to mass extinction and everything in-between, not to mention the social and economic dimensions. A good framework for this is the SDGs, policymakers and activists agreed.

The renewed momentum to tackle the climate emergency and other environmental issues has been thanks to youth activists, such as Sweden’s Greta Thunberg, who have not only been out in force demanding action to protect their futures but have also galavanised support from many older people and reinvigorated the environmental movement.

“A lot of people say this is thanks to the youth. But we could never have achieved this without the work NGOs have been doing,” insisted Germany’s UN Youth Delegate on Sustainable Development Rebecca Freitag, who stressed that urgency of action and resolve were of the essence. “For that we need people with a positive vision and courage, not politicians driven by fear.”

Freitag noted that not only were youth below a certain age not able to vote, not enough young people were involved in the policymaking process. She called for the greater involvement of young people in charting a course to the future that will be theirs.

In addition to safeguarding the future for youth, we also need to protect the vulnerable in the present from the temporary pains of shifting to a sustainable society and economy, a number of speakers urged. This would involve assisting individuals and countries dependent on unsustainable sectors, such as coal, or vulnerable to climate change and environmental degradation, to transition to a greener future. “Environmental protection and social cohesion must go hand in hand,” noted Karsten Sach,