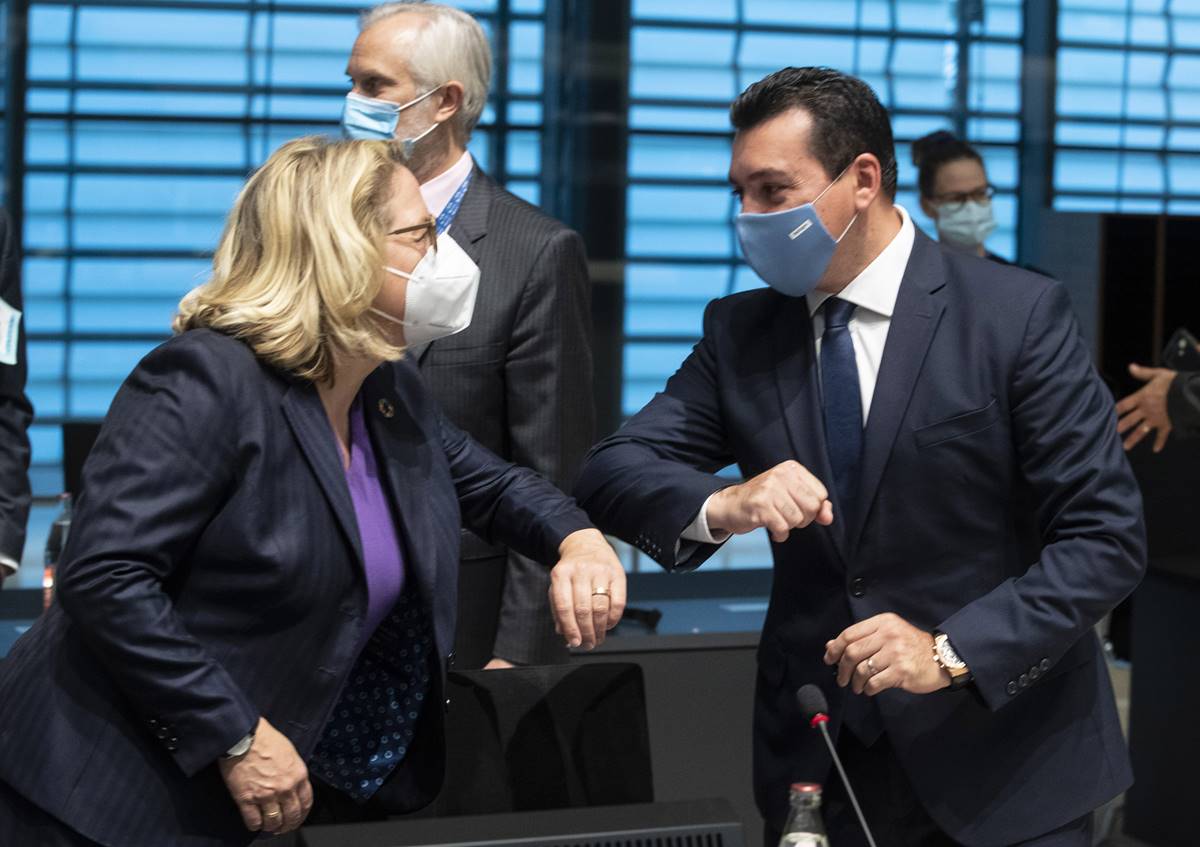 Germany has so far prioritised the environment, performed well on biodiversity and made some progress on climate, despite the challenges of the COVID-19 pandemic. It performed poorly on agricultural reform and curbing fossil fuels.

These were the main conclusions of the EEB’s mid-term scorecard for the German presidency of the European Union.

More than midway through Germany’s term at the helm of the European Union, the European Environmental Bureau released a review of its environmental performance to date. The evaluation was timed to coincide with the vital Environment Council last Friday, during which the EU’s environment ministers discussed took decisions on a number of vital issues.

“The German presidency of the EU has engaged seriously with the twin crises of biodiversity and climate, despite having to deal with the fallout of the COVID-19 crisis,” said the EEB’s Director of EU Policy Patrick ten Brink. “But political realities and vested interests put the brakes on the needed transformative agenda, tarnishing the promise of the European Green Deal.”

“Unfortunately, the new proposed emissions targets are lower than what science demands to avert climate catastrophe and efforts to preserve biodiversity are being undermined by failure to reform the Common Agricultural Policy,” he added.

For the birds and the bees

To date, The German presidency has achieved two major successes. Firstly, it shepherded the EU’s landmark Biodiversity Strategy for 2030 through a tricky negotiations process which culminated in the endorsement of the strategy by environment ministers last week.

This is hugely significant and could not have come at a more critical moment. Just this month, the European Environment Agency (EEA) rang the alarm about the sorry state of nature in Europe and the ongoing decline in biodiversity.

With how numerous member states not only violate the EU’s environment laws but also defy Europe’s highest court, it’s high time to turn these paper promises into living actions.

The German presidency has been committed to achieving an agreement on the draft Climate Law and on a 55% reduction in greenhouse gas emissions by 2030 at last Friday’s Environment Council  but this was not possible.

Last Friday, environment ministers only achieved a partial agreement on certain elements of the Climate Law but not on the target, for which they will have to await the greenlight from EU leaders when they meet in December.

However, even if the 55% target is higher than its predecessor, it is much lower than the 60% reduction endorsed by the European Parliament, which is still lower than what science requires.

Unfortunately, not all is rosy on the German presidency’s midterm report card. Its greatest and most significant failure to date has been with its inability to negotiate and mediate the reform of the EU’s flagship Common Agricultural Policy.

The CAP provides hundreds of billions of euros in subsidies, mostly in support of industrial farming, which has been identified as the main culprit of European biodiversity loss.

This is not only terrible news for biodiversity and the climate, both of which are essential to humanity and life on Earth, but conflicts with the objectives of the European Green Deal and its associated Farm to Fork Strategy.

Despite leading on the game-changing European Green Deal, the German presidency has shown a mixed record on transitioning to sustainability.

This is reflected in the contradiction between its commitment to net zero emissions by 2050 and how it has been too accommodating to the fossil fuel sector, as illustrated by the absurdly late date Germany has set for its national coal-phase out.

Must do more
For the remainder of its term, the German presidency must put CAP reform back on the table and accelerate progress towards the European Green Deal, particularly in the areas of funding action to combat global warming and biodiversity loss, as well as sustainable digitalisation.

“The Council and the European Parliament voted in Ursula von der Leyen on the basis of the European Green Deal, so it is a shame and a surprise that they promote a CAP that does not fit with these ambitions,” observes ten Brink. “The German presidency should remind the wider Council members of these facts to put the EGD back on track.”

“Germany promised a special focus on digitisation for sustainability. If the presidency manages to gain member state commitments to ethical digitalisation that serve people and planet, this will constitute a transformative step forward,” ten Brink emphasises. “It is essential that the EU budget and the COVID-19 recovery package both fully address the climate and biodiversity emergencies and the potential to build back better.”

The mid-term evaluation is available for download here. The EEB will release a full final assessment of the German presidency’s environmental performance towards the end of December.