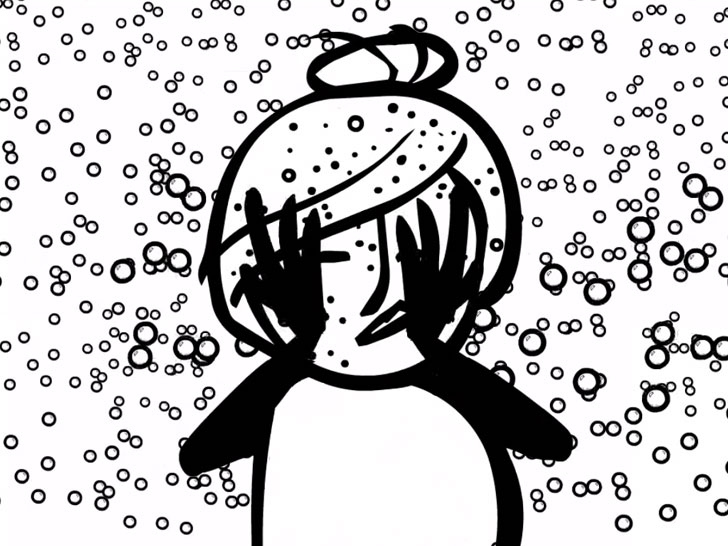 The world is being smothered by a growing cloud of toxic plastic particles, which the EU has pledged to ban. But powerful industrial polluters have secured loopholes including an exclusion for nano, the most dangerous form of microplastic.

After its biofuels blunder, will microplastic be the next EU environmental policy disaster? Jack Hunter explores.

The EU has promised to tackle microplastic pollution. Why? Because its own scientists are warning that the situation is out of control and will be a “widespread risk within a century.”

Relentless and rapidly growing plastic production and largely uncontrolled waste are creating an immense cloud of plastic particles that are polluting all known environments: the air we breathe, the food we eat and throughout our bodies, in Arctic snow, mountain soils and the deepest oceans.

That seafood meal you enjoyed on your summer holiday? Microplastic is found in all commercial fish species. You can’t see it, but it is there and it is everywhere. This irreversible plastic sludge, mostly Polyethylene or Polyurethane, is saturated with toxic chemicals added or absorbed from chemical pollution. Recognising the threat, EU leaders have spoken about plastic as a health hazard warranting swift Europe-wide legal action.

So last year, the European Chemicals Agency proposed banning all microplastics added to cosmetics, paint, detergents and nearly all other consumer and commercial products where they are used to fill, bind, coat, absorb, thicken, be abrasive or control the release of medicines or pesticides.

The ban would stop 10,000 to 60,000 tonnes of plastic leaking into the environment every year. Compared to the plastic that breaks up on beaches, rivers, the soil or spewing out of our washing machines, the stuff poured into products is the tip of the iceberg. But 60,000 tonnes per year is not nothing, and the EU is drawing a line in the sand by saying that all this plastic production and careless pollution should stop. So far, so good.

Enter a familiar cast of big polluters: firms hooked on plastic, such as BASF, Chemours, Chevron, Dow, DuPont, Exxon and Ineos. They twist arms in Brussels while hidden behind front groups like PlasticsEurope and CEFIC. They have been joined in the effort by the intensive farming lobby and big cosmetics firms under CosmeticsEurope.

These are powerful players. CEFIC members alone report a turnover of €565 billion per year and chemical plants are owned by some of Europe’s richest and most politically powerful men. Though most of those asked to help the EU understand the problem remained silent, industry as a whole became unusually vocal once a ban was on the table. Their pressure paid off.

The chemicals agency secretariat has overruled warnings from its own experts to greatly weaken its proposed microplastic ban. Oily industry fingerprints are easy to spot. An analysis by the European Environmental Bureau shows how published industry positions have been visibly copied into the legal text. The result will be an EU initiative so badly warped that, unless corrected, it will end up making the problem worse not better.

For starters, the agency has dutifully excluded many sectors from the ban. Then there are the regulatory holidays that are so long, as much as eight years for some products, that when the law enters into force in 2022, the only immediate improvement will be a ban on microbeads in cosmetics that the sector already volunteered to put in place years ago and that will tackle just 0.2% of estimated emissions. This sluggish pace means the EU initiative will only cut microplastic pollution by half in 2028 and 90% by 2030. But it gets worse.

The agency acknowledges that nanoplastic is a “hazard”, “poorly understood” and could “lead to greater potential for adverse effects and bioaccumulation”. Its experts were clearer still, warning of the higher toxicity of nanoplastic and that excluding smaller plastic particles from the EU ban will lead to “regrettable substitution”, a market shift towards something we will later regret.

Nanoplastic may be more harmful to human and animal health because it can more easily get inside and harm living cells. Despite all this, the agency secretariat has accepted industry’s request to exclude nanoplastic from the ban, twisting the very definition of microplastic to suit industry and giving manufacturers a perverse incentive to shift from micro to more risky nanoplastic.

Will there really be a shift to nano? The ink and cosmetic industries are already using nano in place of microplastic, and an incredibly high number of industry comments asked for the nano exemption.

On top of this, the secretariat wants to exempt ‘biodegradable’ plastic that does not degrade in some real world conditions, giving a false solution a reassuring but misleading stamp of approval. NGOs oppose this exemption as even microplastics that are considered to degrade in the environment are able to harm aquatic life, arguing instead for a shift away from throw-away plastic and towards reusable alternatives.

So an EU law meant to solve the problem could make it worse. That would be an environmental policy failure reminiscent of the EU’s biofuels disaster, which caused so much virgin forest destruction around the world.
A final round of public consultation on the microplastic ban ends today. Member state governments will vote in 2021 and a final law is expected to come into force in early 2022.