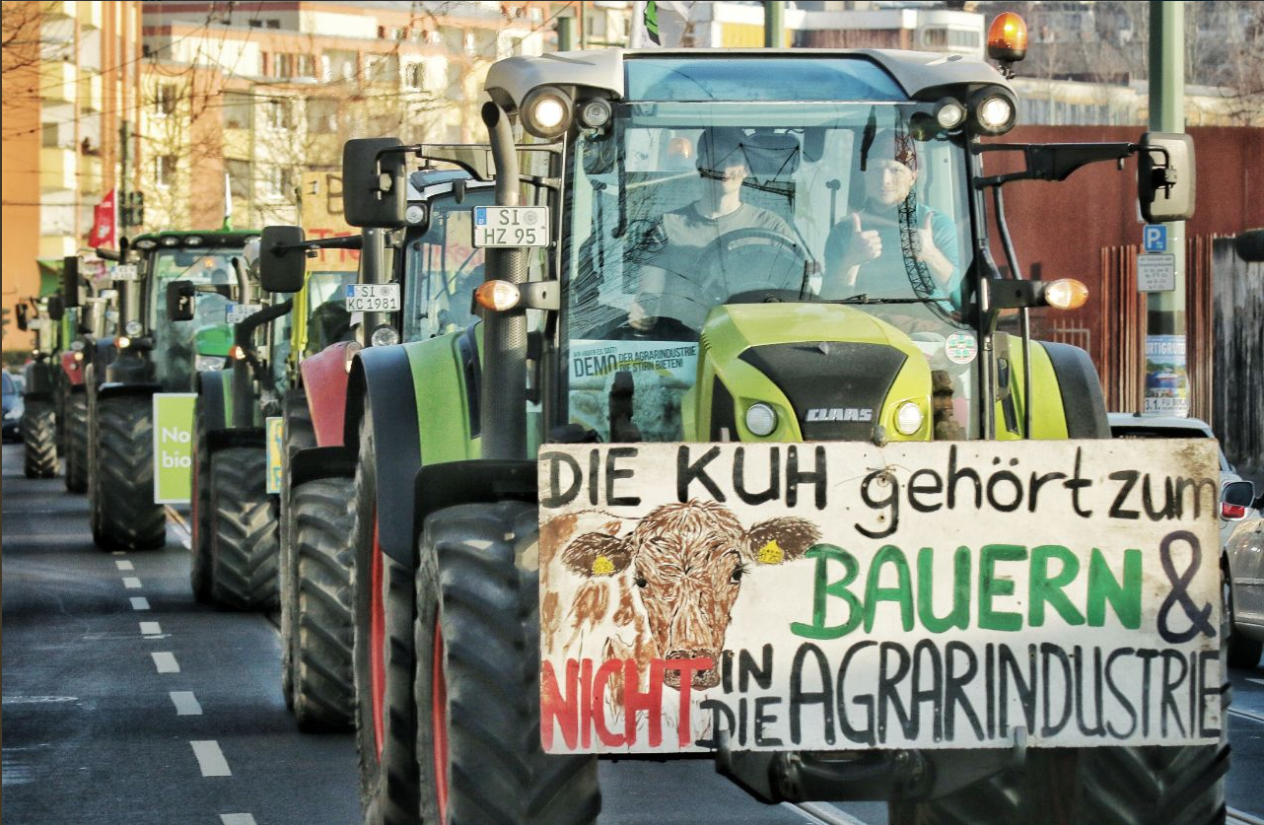 35,000 people — and 171 tractors — marched in Berlin last weekend for a transformation of the food and farming system. Under the slogan “we’re fed up”, demonstrators called for an end to the industrialisation of agriculture and for better food, fair prices and more protection for nature.

The demonstration comes ahead of the first in a set of key European Parliament votes on the future of food and farming which is set to take place on 14 February. MEPs on Parliament’s Environment committee will vote on amendments to the European Commission’s proposal for reform of the Common Agricultural Policy which the EU executive proposed last June. A vote in the Agriculture committee will follow in early March.

However, it remains to be seen whether an all-MEP plenary vote on CAP reform will take place before the Parliamentary term ends on 18 April ahead of May’s EU-wide elections, meaning responsibility for shaping the future of food and farming will be passed on to the next group of MEPs elected to the Parliament.

Environmental groups have warned that the blueprint for reform put forward by the European Commission sets the stage for a ‘race to the bottom’ on ecological farm standards. Under the plan, countries would have little incentive to link farm subsidy payments to environmental protections. Those that go the extra mile by championing environmental protection would effectively be putting their farmers in at a negative competitive advantage in Europe.

“We all need healthy and safe food and May’s European elections are an opportunity for us to ask our candidates if they are prepared to stand up for future generations’ ability to farm if they are elected. Current and future MEPs should give a clear signal to the farming community that subsidies linked to production will lead to more damage to our precious environment and climate and more price pressure on struggling farmers.”

In a paper published in September, the European Environmental Bureau (EEB), BirdLife Europe, WWF, and Greenpeace called for the next EU agricultural policy to support farmers in the transition to sustainable farming. The paper identifies the need for funding nature protection; ending perverse subsidies for intensive agriculture and factory farming; ensuring environmental laws on farms are truly enforced; and involving environmental bodies in the reform process.

The impact of agricultural emissions on urban air pollution is also a key concern for environmental and health groups. Ammonia gets into the air when fields are fertilised and animal waste breaks down. It combines with industrial emissions to create extremely harmful fine particles. Unlike other air pollutants, overall ammonia emissions in Europe are on the rise, yet five EU countries have recently asked for these limits to be raised.